People worldwide were bound to get stuck indoors with the spread of the coronavirus at the beginning of the year 2020. Initially, people thought that it was just a matter of some days or maximum some weeks, so most of the people enjoyed staying indoors with their loved ones in the beginning. But as time passed, people started becoming restless and hence, more people subscribed to their favourite OTT platform as it was then considered the main medium that could provide some good entertainment source.

Aha is one such OTT platform that innumerable Telugu speaking people subscribed to during the COVID 19 crisis. Some of the best Telugu movies of the year 2020 were released on this Aha OTT platform. It seemed like this OTT platform provided the Telugu people with a new source of entertainment during the toughest days of the lockdown period. By getting this app, you will watch the latest best webseries online, movies in the Telugu language, and Telugu subtitles. Some of the best Telugu web series is also released on this platform.

Some mind-blowing Telugu Web series to watch on Aha

Commit Mental is a Telugu comedy web series that is available exclusively on Aha. The director of the web series is PavanSadineni. The web series has five episodes in one season, and it stars UdhavRaghunandan, PunarnaviBhupalam, VenkateshKakumanu and Vishnu. The story is regarding a long-distance relationship between two love birds named Phani and Anu.

They have been in love for three long years, but things take an unexpected twist when Phani proposes to Anu marry him. Though their relationship overcame several other obstacles previously, this time, things seemed more complicated. So, by watching the series, you can determine whether they will solve other issues and live together happily ever after or not.

The 11th Hour is a Crime thriller web series created in Telugu and was released directly on the Aha OTT platform on 9th April 2021. It is one of the latest Telugu Web series, which Praveen Sattaru has directed, and Tamannaah has played the lead role. There is only one season of the show, which consists of 8 episodes. The series is inspired by the famous 2017 UpendraNamburi’s book named 8 Hours. The story is based on the main protagonist named Aratrika Reddy (Tamannaah), who faces multi-layered challenges which unfolds many facts overnight.

These are some of the best Telugu Web series that is streaming on the Aha app. Besides these, there are several other web series like ‘Sin’, ‘Locked’, ‘Mastis’, which are also available exclusively on the Aha app. By getting the Aha app and subscribing to it, you can enjoy watching any of these web series. You can also watch these web series and telugu best movies online by downloading the contents and saving them to the watch later window within the app. 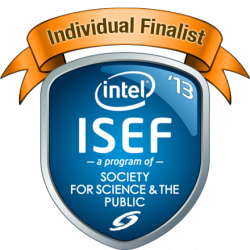